are you a smart programmer?

No. Really! Are you a really smart programmer in maybe the top 1% of your field? Considering the number of programmers world wide that’s still a pretty big and small number. I do not want to seem rude but if you’re reading this post then you’re probably not one of the smartest out there. 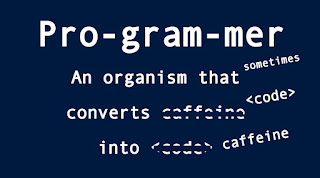 There was a time when I thought I was in that number. I interviewed at Microsoft in the 1980s and years later found my interview questions in the source code. When I interviewed at Intel I had written about 30K LOC a month for a year and when I gave that as an answer they did not believe me. And when I interviewed with Amazon they had already moved to Silicon Valley type questions.  By this time in my career I had some pretty strong accomplishments:

I learn languages like other people breath. – I said this in an interview once

Since then I’ve written code in a number of different languages and platforms. But every time I swing around and start talking about disasters, reliability, 3rd party dependencies, hackers and intellectual property I always get back to the same place. In the beginning I always designed a DSL that I would labor over until it could do some work and then once it was working I would throw all my problems at it. In the end the net result was always something that was faster and more reliable than anything out there. I could extent the solution and still be more productive.

All of the languages I worked on have been fun. I’ve learned a lot. I’ve made some huge mistakes. But I’ve come to the realization that I’m not that smart…. Actually I’m just essential, pragmatic and lazy…. and productive.