A few months ago I purchased by first UCO lantern. I thought it was going to be a novel way to light my camp. I experimented with the lantern and shortly after putting the candle out I tried to close the lantern. 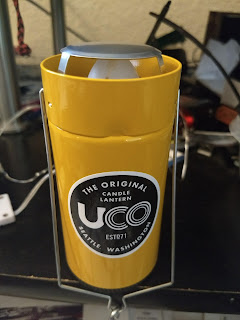 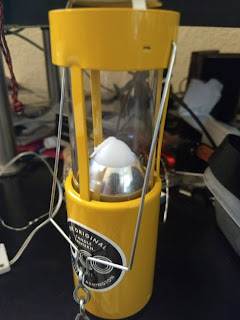 That’s when I discovered that heat rises and before I could stop myself I burned my hand on the heat shield wind break. It took nearly a month for my skin to heal.

In June 2018 I went on a hike to Carpenter Camp in the Everglades. I brought the candle with me and after 9 hours the candle was finished. Additionally,  I brought a number of string LED lights as either a ridgeline lite or maybe a guyline light as I’m always tripping. The cordage I brought that night was grey and not very reflective so the LEDs were used on the cordage.

I broke my first UCO and decided it replace it. I also purchased some citronella replacements. A few days ago I setup my tarp in a wedge configuration and was getting comfortable with the idea of using the candle as sort of a camp light. But in some unrelated research I learned that the LED lights were good for 72 hours and my 2 replacement batteries weighed considerably less than a spare candle. And then there was the image:

I don’t need the glass and the string balls up easily enough. The pros: 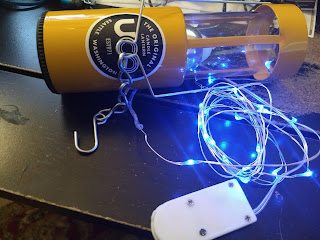 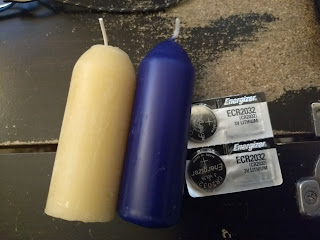 It would be great to have a plastic version of the UCO with a similar LED with a compartment for spare parts.