I was watching some right/left wingnuts talking about facebook, political ads and AOC. My takeaway is that facebook has got to go. The problem is that people seem to think that the “stumble upon” economy is still out there to be had. I suppose I might feel the same way because I still play the lottery but there is no misunderstanding that the odds are low that I’ll win. 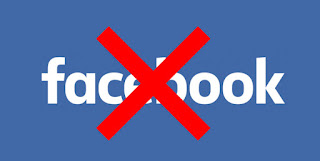 The thing about facebook is that it’s no different than AOL or Google. It’s a profit machine. They do not want to take responsibility. Clearly once they start taking responsibility there is no end but they gotta start. The problem is that there is a difference between stumble-upon user generated content and advertising. But while the message is the ownership of the advertiser they have a co-responsibility to “truth in advertising”.

This is a very slippery slope. If facebook ever became decentralized such that it was decentralized it’s no telling what we would be in for.