I’ve only recently become hung on hammocks. As a hiker enthusiast I like UL and SUL gear in order to test myself in minimalist style or carry gear for different types of options. For example for just a few extra grams I can tarp+bivy camp or tarp+hammock. It’s really about the availability of safe trees.

This past weekend I started a DIY project which I think “they” call half-turtle stand.
One end of the hammock is tied to a tree and the other to an ‘X’ shaped structure that is then guy’d to a fixed point or strong stakes. In the picture above there are two OV hammocks. 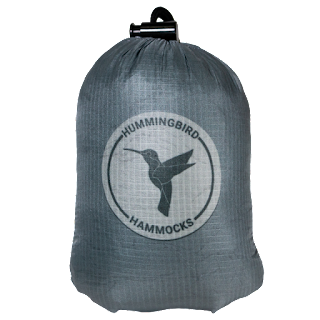 I added a 3rd hammock, hummingbird plus, to the hammock stand (can only use 2 at once) in order to give it a try. It is the lightest of the hammocks I own and the one that makes the most claims about it’s strength/capacity, durability an testing. Let’s get to the punchlist:
Some drawbacks:
My biggest complaint is the video:
Some place in the video the presenter talks about the physics of the angle of the straps pulling at 300 pounds but if the angle is wrong that the tension is at some multiple. Since then I’ve watched some related physics/numberphile videos and I find myself wanting to sleep on the ground again. While it’s great to have the perfect setup it’s not always likely. It always depends on the trees.
As for the straps both the regular and long are lightweight. Even the extenders are lightweight. My problem with them is that use buttons. These buttons are nice and flexible but they are essentially vendor lock-in; just like the Sea To Summit straps. But what really bothers me is the stuff sack and that there are too few bundle options.
About the size… The single is too small to sleep on as they say. The Single plus is better but I found that a diagonal was a challenge. And I do not have a double but it weighs 2.6oz more than the plus.
PRO TIP - remember to spray your bugnets and hammock with permethrin. This will provide needed protection.

PRO TIP #2 - to not dress your tarp over a ridgeline, hang the tarp from the ridgeline…. the ridgeline WILL bring rain water into the tarp. The same can be said of bugnet ridgelines. Bugnet socks are probably the better option.
PRICE TIP - if you live in the US then buy direct from the company site, $39,  and use amazon pay with standard free shipping. If you buy it on amazon then you’ll pay $49 plus whatever it cost for you the annual membership.

UPDATE: The straps need to be flush against the tree in order to get maximum grip but once the webbing goes through the loop on the end it tends to bunch. This is not entirely bad, however, when the hammock is unoccupied the straps loosen such that when you’re getting into it they may slip. This slippage happened to me twice. Unfortunately the webbing is not long enough to make it around the tree twice. I think there are a few extra reasons why this happened… it’s a palm tree and they are not uniform. There were no branches to prevent it from slipping. The webbing is kinda short so I could not wrap it a second time. I have sent an email to the mfgr for some advice. One interesting bit; when working with Dutch Clips on my webbing they suggested a particular lay for the clip so that it was not taking all of the force but was allowing the webbing to make max contact with the tree therefore increasing the friction. That’s just not the case here. 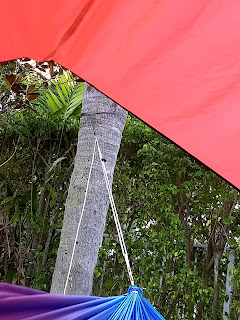 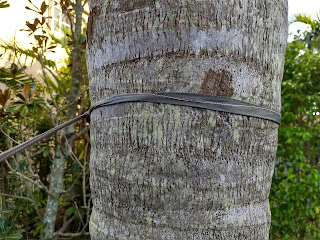 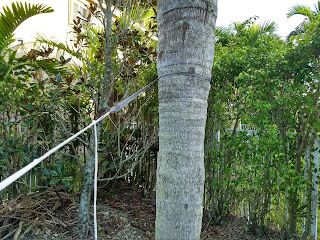