In recent days I’ve had various conversations that lead me back to this point “System Architecture by Fractal Construction”. And to clarify what I mean I’ll take some hints from wikipedia’s description. 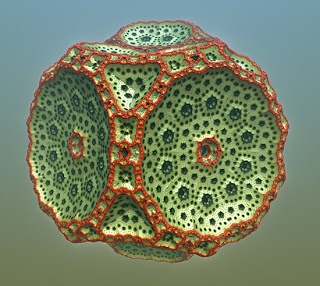 Proper system architecture is implemented by using a fractal dimension construction technique. For example when you look at the Unix filesystem from the root directory you’ll see:

What makes the “fractal dimension” awesome is that it also applies to application design and architecture. Think about the “design of the UNIX operating system”. What’s amazing is that there are many more layers; many of which are immutable or so rarely updated that it’s never talked about.

There are several layers in the CPU, on the BUS, in the PIC, and then in the BIOS and Bootstrap. Some brands like Apple offer programmable firmware and while they do not update it regularly it is not uncommon.

The point is that one’s view and perception of a system is based on your proximity, however, that does not imply truth or total understanding. In my case I’m trying to design a zero downtime framework. While it’s difficult and possible on many levels it is very possible. The design part that makes it easier is that when the downtime dimension is factored into each component’s design. The core that is rarely updated is partitioned from the business logic that is updated frequently.