I’m still a fan of Evan Shaeffer and his tarp configurations. While owners of ultralight tents an most tarp setups rely on hiking poles or tent poles Evan goes it aux natural. Here’s an experiment that I consider a FAIL.

The tarp is a Snugpak 9x5 Stasha. I reporte my dissatisfaction with this tarp many months ago because the long ends had no loops, however, the corners have reasonable grommets. 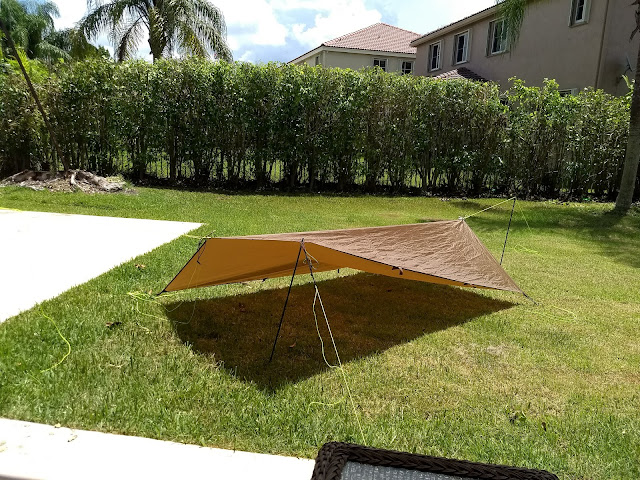 This is a variation of an A-Frame. Even though the ridgeline is taught the downward force of the corners is causing the ridge to sag. 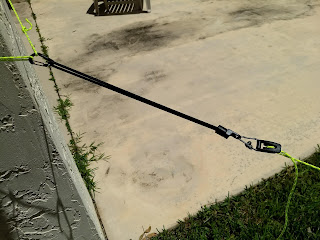 At one end of the ridgeline I have a very strong 2GO Systems shock cord. Give that rain is usually accompanied by winds the shock cord should keep the tarp in place. I can remove the shock cord by clipping the line lock directly to the carabiner. 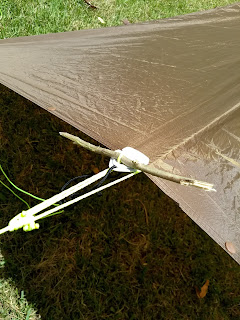 I attached the tarp with a prusik knot through a compression tab. 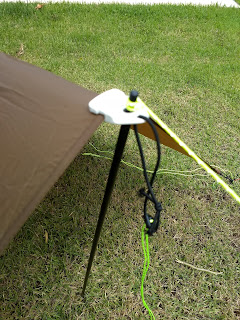 Originally both ends used a prusik but that did not really work so I replaced it with the tentpole. 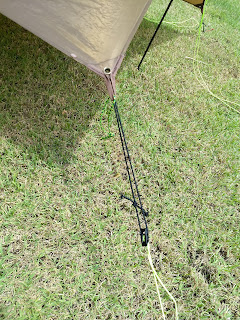 Each of the corners had a looser shock cord, lineloc and a grommet.

I figured out a few things here… [1] the ridgeline cordage is crap [2] unless I’m in the desert any and all poles are not necessary.