When a ridgeline isn't

In a previous post I was having trouble with my ridgeline. 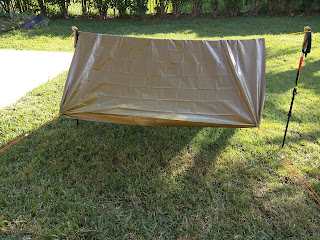 After a short period the center started to sag but then I did some lite reading and discovered a few improvements.

But I still had some sag.
So I moved the stakes out in order to get some east/west tension. I also tried making the lines more taught. But it still sagged.  Since the last thing I wanted to do was a prusik knot on the ridgeline that’s exactly what I did. 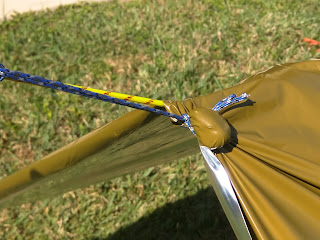 I still hated using a rock but one thing was clear. Grommets mean that my solutions might be limited to how the grommets function or the options they give me. In this case the tarp is going to take a beating but I can convert my lean-to into an a-frame fairly easily. And if I had grommets I might not consider that that was an option if the grommets were in fixed positions. 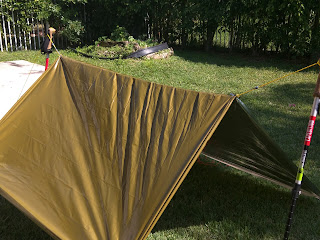 There is still room for improvement. The tension is not equal on all sides.
One other thing to note. The prusik knots would not have been possible if I were not home with a box of cordage. So it would be a good idea to take some extra cord with me wherever I go. 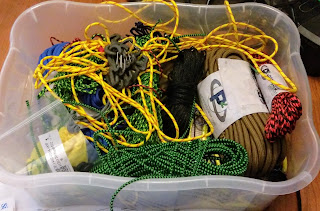